From Olympic athletes in Peter Robertson to rugby league legends in Matt Fuller, let’s complete our New Year’s motivation series with a computer geek! Well ok, he’s not a geek, but he works in IT and suits up to go to an office every day and luuurves Starwars and all those other things that maybe we can identify a little more with…maybe.

Perhaps a lesser known resident of West Leedy, Lee Campbell is just as likely to be found speaking on the software circuit or parked up at a desk fine-tuning the latest finance platform for an Investment Bank as he is keeping fit… but it’s this interesting character dichotomy that makes his success so intriguing. Lee has competed at a high level in both rugby and water polo (UWA Water Polo’s National League Player of the Year in 2006) before turning his hand to marathons and lately triathlons, having recently competed at the September 2017 Ironman 70.3 World Championships in Tennessee.

Not bad for a computer nerd!

When he’s not running/biking/swimming or writing incredibly, ahem, interesting books on Reactive Extensions software languages, Lee is Super Dad to a 1 and 3-year-old, and also happens to be my handsome husband 😊

EC: Let’s face it, it takes a special kind of glutton for punishment to achieve at the level you have, what drives you to do it?

LC: Internally I am motivated to keep healthy, but I could do that by just walking to work each day. What motivates me to do the extra training is significance… I like to “tick the box”. When I was younger it was to qualify for the team, win the championship. Now, I complete against myself. The next few major goals are to re-qualify for Half Ironman World Champs. After that, swim to Rotto, then complete a full Ironman. I remember when I was young and Dad took me along to the Auckland Ironman to support his workmate – but it wasn’t until it was explained to me later what exactly he had just done that I was in total awe. Which leads me to my external motivator; my kids. I want to provide them with an example of what discipline and calculated sacrifice can give you. Both my parents gave me this, especially my Mum who isn’t a natural athlete (like Dad is). As a young mum she re-trained for her career, ran a marathon and was always involved in the office social sports teams, so a great role model. I have always been heavily involved in playing and coaching team sports, but these days I just can’t offer the commitment to the rigid schedules required for this. Instead, I try to give back to the community through my other passion, Software. Triathlon can be a very selfish sport, but it does allow me to pursue my physical and exercise goals on my own time schedule.

EC: Hmm, busy year ahead at Casa Campbell it seems! We’re always hearing (and using) the excuses…had to work late/training buddy was unwell/weather’s no good – how do you, as a working Dad, fit exercise in and stick to it?

LC: The first thing I need to do is prevent the excuses from happening, which often means preparing the night before. I don’t like getting up at 5am, and any friction will help me find an excuse to crawl back to bed. So the night before shoes, shorts, bike, swim bag is all ready to go.

Next is have a team supporting you. When I was young it was my parents and my best mate. We all knew the plan: 5:30am training, 3 times a week for all of high school. Now I have my wife who will kick me out of bed when I try to quit, makes my lunches and dinners (which both ensure I get the nutrients I need and allow me to put enough hours into training) and we share our diaries to ensure no clashes or surprises.

Lastly, I make it just part of the daily routine.. and so don’t give myself a big pat on the back just for turning up. Normally just turning up (getting out of bed, putting your runners on) IS the hardest part, but I try and save the pat on the back when I can put 12 weeks straight together.

EC: She sounds awesome, that wife of yours 😊 So as a resident of West Leederville, we’ll often see you out and about around the ‘hood – why is 6007 such a great area for the fitness minded?

LC: This is a great spot to live if you are active – close to Lake Monger for the “ego boost” flat and fast runs, and only 2km to Kings Park for the long hard sessions. The rolling hills around Woolwich and Cambridge Streets have proven to be excellent for building my running strength. It’s also super quick to get down to Narrows to meet the guys for the 90k speed cycle mornings. Beatty Park is a great swimming pool which is only a mile away too. And when all’s done, it’s a quick stroll down to the Oxford St café strip to refuel!

EC: I’ll drink to that last bit! Any parting advice to would-be exercisers or New Year’s resolutions of your own?

LC: To paraphrase Erik Meijer (someone I look up in my professional (Software) field): “deliberate, consistent improvement”. I am not a big fan of the New Year’s resolutions, but rather consolidated checkpoints of where I want to be at given points in the year. The break over New Years can be a nice time, however to sit down and check that these are realistic and that I’m on track! 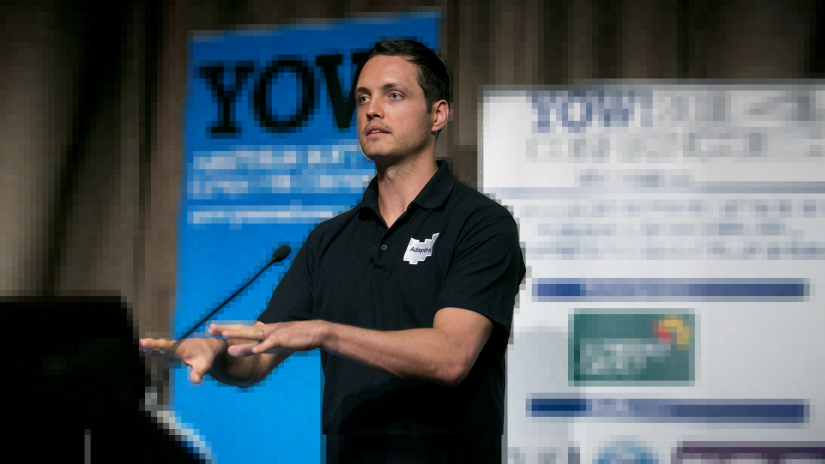 And there you have it folks – 3 inspiring dudes making it sound very easy!

Carve out some time, set those goals and happy exercising! See you down at Lake Monger😉